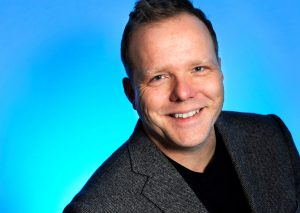 ‘Here’s Looking At You, Kid’
Interactive Entertainment In The Age of Machine-Readable Humans

Today, while you’re watching television, your television is watching you too. With the introduction of cameras, microphones, and other sensors integrated with our networked, smart TV sets and mobile devices, opportunities arise that go well beyond videocommunication, gesture-based interaction, or consumer segmentation. Machines are learning to recognise human identity, contexts, activities, and emotions, and your TV is no exception. Armed with such knowledge, new horizons for personalised, interactive and immersive entertainment as well as marketing emerge. At the same time, some such proposals may be at variance with human values many of us hold dear, including privacy, trust, and control. In addition, with increasingly powerful personal profiling and machine understanding of humans, the potential psychological consequences of breaches in cybersecurity (e.g., hacking, phishing) increase in similar measure. In this keynote talk, I will highlight some of the progress in machine understanding of human behavior and emotions, its potential in interactive and personalised entertainment, as well as some legitimate concerns in terms of human values and human psychology as we enter the Age of Machine-Readable Humans.

Keynote Speaker Bio: Prof.dr. Wijnand IJsselsteijn has a background in artificial intelligence (AI) and cognitive neuropsychology. He obtained his PhD in 2004 on the topic of telepresence. Since 2012, he is full professor of Cognition and Affect in Human-Technology Interaction at Eindhoven University of Technology (TU/e). He has an active research program on the impact of media technology on human psychology, and the use of psychology to improve technology design. His current projects deal with the ways in which media technology can transform our sense of self and others, can affect decision making, influence prosocial and healthy behaviours, and promote stress reduction and wellbeing. He has a keen interest in the relation between data science, AI and psychology, and works on technological innovations (e.g., sensor-enabled mobile technologies, virtual environments) that make possible novel forms of human behaviour tracking, combining methodological rigor with ecological validity. He is a member of the Jheronimus Academy of Data Science in Den Bosch, and is scientific director of the interdisciplinary Center for Humans and Technology at TU/e, which explicitly focuses on people- and value-centred perspectives of technology understanding and design. He has published over 200 peer-reviewed academic papers in journals and conferences, and has (co-)edited 10 volumes. His most recent co-edited book “Immersed in Media: Telepresence Theory, Measurement, and Technology” appeared in 2015, at Springer.

Virtual Reality and the Future of Immersive Entertainment

Jaunt has been creating Cinematic Virtual Reality experiences since 2013. With Cinematic VR the user is transported to a place of wonder where story telling has completely new dimensions. In this keynote, Arthur will discuss how Jaunt leverages this new technology and overcome challenges in storytelling, production and distribution. Cinematic VR allows storytellers and brands to create an emotional connection with the viewer, using tools and techniques familiar to the industry.

Keynote Speaker Bio: Arthur van Hoff is Founder and CTO of Jaunt. Jaunt’s technology provides an end-to-end solution for creating cinematic VR experiences.  Arthur is serial entrepreneur and was most recently CTO at Flipboard. He started his career in Silicon Valley at Sun Microsystems where he was an early developer of the Java programming language. Since then he has started several successful companies including Marimba (IPO 1999), Strangeberry (acquired by TiVo), ZING (acquired by Dell), and Ellerdale (acquired by Flipboard). Arthur has expertise in machine learning, big data, mobile applications, 3D printing, and computational photography. He is originally from the Netherlands and has a master’s degree in Computer Science from Strathclyde University in Glasgow. 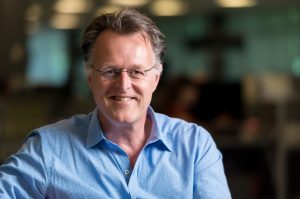